RAM Booster is a free handy utility that can increase the performance of your Android device by increasing the about of free memory or RAM available. Unlike other advanced memory manager apps, it is quick ... 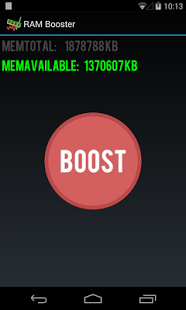 This app is popular with:
gamersdevelopers